In a rush? Check out the numbers and quick facts in 30 seconds.

*As of the article release date

Isn’t China against Cryptocurrencies? Actually, as of May 2018, they are just the opposite. The President of China changed his stance on blockchain and encouraged innovation, stating that it is more influential than the Internet. Furthermore, the Chinese government recently released their first cryptocurrency ratings and Komodo made it to the TOP 5!!

This is exactly what we see from Komodo: a blockchain ecosphere that provides tools that businesses use to rapidly build their own independent blockchain.

Here are a few notable aspects of the Komodo platform:

Komodo offers businesses independent blockchains and secures them with the Bitcoin hash rate. Since each blockchain is independent, yet interconnected,  Komodo has the ability to scale into the highest levels of transaction speeds, without burdening one blockchain. Unless the business opts for the additional layer of security through dPoW, an asset chain can run fully independent of the Komodo chain, even if Komodo would cease to exist.

Any business deploying a chain in the Komodo ecosystem is free to do so on their own terms, even leaving the ecosystem is a hassle-free process.

Even with this independence, companies still get to use all Komodo features. Moreover, a company that builds its blockchain on this platform does not need to pay in order to keep the functionality running.

The pillar of the Komodo blockchain is their bitcoin level security. The network uses delayed Proof-of-Work algorithm to secure your data. This is because Komodo began as a fork of Zcash, the famous security, and anonymity coin. Businesses that are in the ecosystem enjoy this security benefit that is even affordable to small businesses and startups.

Simple answer: YES. Komodo allows developers to use any language of their choice. If this isn’t the ultimate solution you need for your business, I don’t know what is.

Komodo has a decentralized exchange named BarterDEX. This exchange allows users to trade cryptocurrency without any middleman using “atomic swaps”. That means no voucher, no escrow services and no intermediary coin at all- not even bitcoin? No. On Komodo, there is no registration process and there are no withdrawal limits. Moreover, the platform supports 95% of the cryptocurrencies that exist, this includes bitcoin and ethereum protocol based coins. Cross chain atomic swaps are also possible, whereby one can transfer a token from one chain to another.

The cryptocurrency world preaches decentralization. However, ICO’s have remained centralized and vulnerable. This makes ICO’s susceptible to hackers, whale manipulation and human errors. One of the largest hacks happened to a startup named CoinDash. CoinDash lost $7million after a hacker altered the address that investors had to send money to. Instead the money was sent to a malicious digital wallet that the hackers had created. According to a report by Ernst & Young, hackers have stolen about $400m from ICO’s between 2015-2017. Tragic. Moreover, ICO’s lack privacy as the transactions are traceable. This makes it difficult to trade in private due to the KYC policies around ICO’s. Everyone prefers to be anonymous or at least be pseudo-anonymous when it comes to cryptocurrencies. However, ICO’s like Datum ask users to verify their identity using either their passports, national ID or utility bill. There goes your privacy. To solve these problems, Komodo offers the world’s first decentralized ICO. It allows users to release a blockchain product with full decentralization and no third-party actors. BarterDEX eliminates all potential hackers, whales and human error. Lastly, Komodo’s privacy technology, Jumblr, allows participants to barter in private.

Should we leave the King of Dapps, Ethereum and all ride the Komodo dragon?

First and foremost, Ethereum is kind of a closed ecosystem. In Ethereum a new project can start their cryptocurrency/blockchain project in two ways:

Also, we can not avoid that concentrating all dAPPs running only on single base blockchain will result in a huge storage challenge for regular users. Of course, there are plans and research happening in terms of sharding, with no exact dates/months/years of delivery.

So, if one-day Ethereum shuts down (not saying it will happen), what will happen to all the tokens and smart contracts on the system? They will all be gone. Moreover, as more tokens increased on the ethereum platform, the secret came out: scalability challenges.

In order to take advantage of the scalability challenge, Komodo is currently working on an ERC migration tool. This is meant to help companies that want to move from ERC to Komodo technology do it seamlessly.

The only challenge that Komodo has is fast growth, which you could call a blessing and a curse. Currently, the platform carries out 800,000 payments per second. For a team of 30-40 people, it’s stressful. This is due to constant reiteration and feedback so as to provide this groundbreaking technology. However, they seem to be handling it like champs.

The future seems bright for Komodo. The team is potentially moving into mobiles. They are planning on getting native dApps on mobiles. It’s still underway, but it’s worth keeping an eye on.

Komodo aims to create a seamless relationship in the blockchain industry. A technology worth considering for anyone planning on building a blockchain. It’s truly your best bet.

This article is based on an exclusive interview between Decentral Magazine and Ca333 of Komodo during Blockshow Europe 2018. This event took place from 28th-29th May in Berlin. There were over 3000 attendees and over 150 blockchain projects. 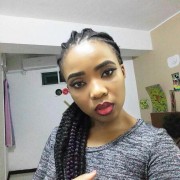 I only love my bed and blockchain, I'm sorry.

3 thoughts on “If you’re a dApp developer, you definitely want to know what Komodo is.”