Some call it a way towards democracy. Other call is a scam, plain and sample. If anything, the DAO subject is polarizing and widely misunderstood.

The first thing we should know is that “DAO” stands for “Decentralized Autonomous Organizations”. You probably heard of the infamous “hacked DAO Project” and understanding what happened is at the heart of controversy as we speak: where to draw the line of “decentralization”?

Let’s start with some context

In 2016, a stateless startup started working on a rather ambitious project for a new decentralized business model adapted for commercial and non-profit enterprises. They called it ‘The DAO’.

The purpose was founding a “humanless venture capital” organization where investors decisions are validated solely through smart contracts. As exciting as it sounds, the DAO, funded through a token sale, rose around $150 million from more than 18,000 contributors worldwide.

Shortly after the ICO crowdfunding event, “The DAO” was hacked and $50 million worth of Ether disappeared. The attack was made possible by a flaw in The DAO software, not in the Ethereum platform. The developers and founders of Ethereum had no choice but to deal with the issue and to honor the very essence of the project. A vote decided to retrieve the stolen funds through a hard fork: that’s the term for a change in the code.

On 20 July 2016 at exactly 01:20:40 PM +UTC, at Block 1920000, the Ethereum community decided to hard-fork the Ethereum blockchain to restore virtually all funds to the original contract.

This was controversial and led to a fork in Ethereum, where the original unforked blockchain was maintained as Ethereum Classic. In other words, Ethereum broke into two separate active blockchains, each with its own cryptocurrency.

The aftermath of the DAO hack is still in the heart of a polarizing debate. As a matter of fact, the decision implied obvious contradictions to the promise and soul of the Blockchain – being irreversible and unchangeable.

Obviously, the more hard forks used, the more the Blockchain would lose its main value proposition and claim (to be secure, anonymous, tamper proof & unchangeable).

But is there a better way to retrieve the stolen investor money, without clouding confidence in Ethereum? Won’t such hackers jeopardize the credibility of the Crypto space struggling to make its way towards public adoption? Where to draw the line of anonymity?

In the midst of the debate, traditional finances scrutiny has turned into an “I told you so“. More than any time before, regulations are needed to break the shield of over-anonymity in the crypto space. If it’s to prevail, crypto needs a shield of its own to counter digital crime. 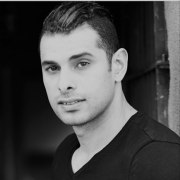 Smart contracts, and how to use them

1 thought on “Understanding the DAO Incident”