Earlier this month, following in Facebook footsteps google announced its intention to ban all advertisements of crypto and ICOs. According to the source, the event would be activated by next June. It is believed that the motif behind this action is to protect users from ICOs scams

Along the lines of them, Twitter confirmed to prohibit ads on its platform. Yandex, the russian browser also considers to do so.

Most recently, news about the four leading companies got back to the surface but on the flipside.

By reason of market manipulation, the Russian Association of Cryptocurrency and Blockchain (RACIB) along with associations from China and South Korea revealed to file a joint lawsuit against these social networks and search engines.

With reference to local news Tacc, the president of RACIB Yury Pripachkin said:

“We believe that this is the use of the monopoly position of the four companies that entered into a cartel with each other to manipulate the market.”

Noteworthy, the news on crypto and ICO ban have critically hurt the cryptocurrency market.

In the conference held at Moscow in 27-28  of March, attendees agreed to form the Eurasian Association of blockchain in order to create a crypto fund to support  the lawsuit. the action will not only purpose the companies but also their owners and verify whether they hold crypto or not.

The lawsuit will land in a court in US and it is expected to occur in May.

Not long ago, Twitter CEO, Jack Dorsey confessed that he invests in cryptocurrencies. Moreover, he believes that Bitcoin will dethrone dollar and will be the single cryptocurrency in the world in the coming years. Add to that, the business man Dorsey who is also behind Square, the payment company, has already integrated buying and selling of Bitcoin with the platform.

Further, Alphabet’s google is a noticeable investor in blockchain companies with six investments up until now. Hereby, the company ranks the second after Goldman as one of the most active investors in this technology.

Regarding Facebook owner Mark Zuckerberg, he is the latest businessman to get himself involved in cryptocurrencies. He intends to study up  on the “booming” cryptocurrency and blockchain technology as a whole this year in order to improve the social networking

Taking these proofs into account, it is clear that companies CEOs believe in the digital currency and the technology that underlines it. So the motif to ban ads is not for God’s sake but rather to take advantage of the market sell-off.

As a matter of fact, many parties haven’t cease to point the finger of suspicion at the crypto coin and claim it to be misused. Now tables are turned and crypto advocates are the ones to assemble a case against them. 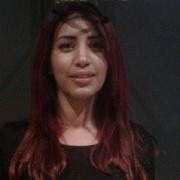 How Is Vechain Doing Lately?