The excessive interest in the digital currency that took over the crypto-hemisphere for the past few years has been essentially funneled through major exchanges like Coinbase, Gemini, and Kraken.

One nearly being the world’s most reputable source for securely buying, using, storing and trading digital currency. Coinbase users can purchase bitcoins, Ether and now Litecoin. Gemini being a fully regulated/licensed US Bitcoin and Ether exchange. and ultimately Kraken, aka the largest Bitcoin exchange in euro volume and liquidity and a partner in the first cryptocurrency bank.

Being the centralized exchanges they are, these guys have bought billions of dollars of value to blockchain projects and digital currencies thanks to their simple interfaces and mainstream-ready infrastructure. Whereof, detected growth has been exponential — more than 3400% in 2017 alone!

The list goes on: Bithumb, Bitfinex, Huobi, Bittrex, Poloniex, GDAX, just to name a few, not to mention all the exchange platforms popping up every day.

Now that we talked quantity, let’s talk quality: how efficient are these centralized exchanges?

It depends. I mean regardless of all the services provided by these platforms, centralized exchanges are yet subject to a whole host of problems like hacking and scaling issues, and are beholden to a centralized perspective that does not fall entirely in line with the decentralized ethos of digital currencies and the core values of blockchain technology.

So how do centralized exchanges operate ?

As a matter of fact,  centralized exchanges have a major function — letting users enter the crypto world by converting “fiat” to crypto. Once the user goes through this step they can change to other exchanges (even decentralized) as the vast majority of coins and tokens can only be bought with Bitcoin or Ether (and not fiat). An example of one centralized exchange platform that everyone is supposedly familiar with is Huobi Pro. Huobi is actually no different than other exchanges except that unlike many others, it succeeded in forging itself one hell of a robust reputation filled with credibility and competency: A Huobi user can store their money on the Huobi platform. The currency is now in the hands of Huobi, but the trust of the middleman, in this case, makes it easy for a customer to recover a lost password or 2FA because that customer has given the exchange full access to their account. I mean we’ve always heard of can also take the pressure off of the customer of being 100% in control of their money. I mean we’ve always heard of investors losing hundreds of thousands of dollars because they lost the private keys to their hardware wallet. If their money were in a centralized exchange, such as Huobi they wouldn’t have to worry about that; recovering would be as easy as showing a passport or verifying identification.

On the other advantages of centralized exchanges including Huobi, is that they’re easy to access and use particularly because their interfaces are just much easier to operate than decentralized ones, the large pools of liquidity they acquire, besides the advanced tools for trading functionalities such as margin trading, stop loss and lending.

Let’s highlight some of the benefits of the decentralized exchanges.

Second, third and forth: Security, anonymity and openness:

*Security: Using decentralized exchanges, you can have full control of your own keys to your own funds.

*Anonymity: A decentralized exchange enables you to keep your personal information and credit information identity.

*Openness: The software, code, and transactions occurring on a decentralized exchange are all open source.

So all of this leaves us to think that, unlike the decentralized model,  the most pressing issue with centralized exchanges is security: Major hacks are being done weekly, with stolen amounts ranging in the hundreds of millions of dollars. These hacks are made possible due to the vast amounts of users’ digital asset holdings being stored in hot wallets.

See, you can never win! Centralized or decentralized, there will always be hackers around the corner! 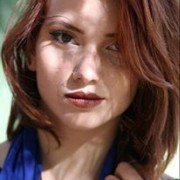